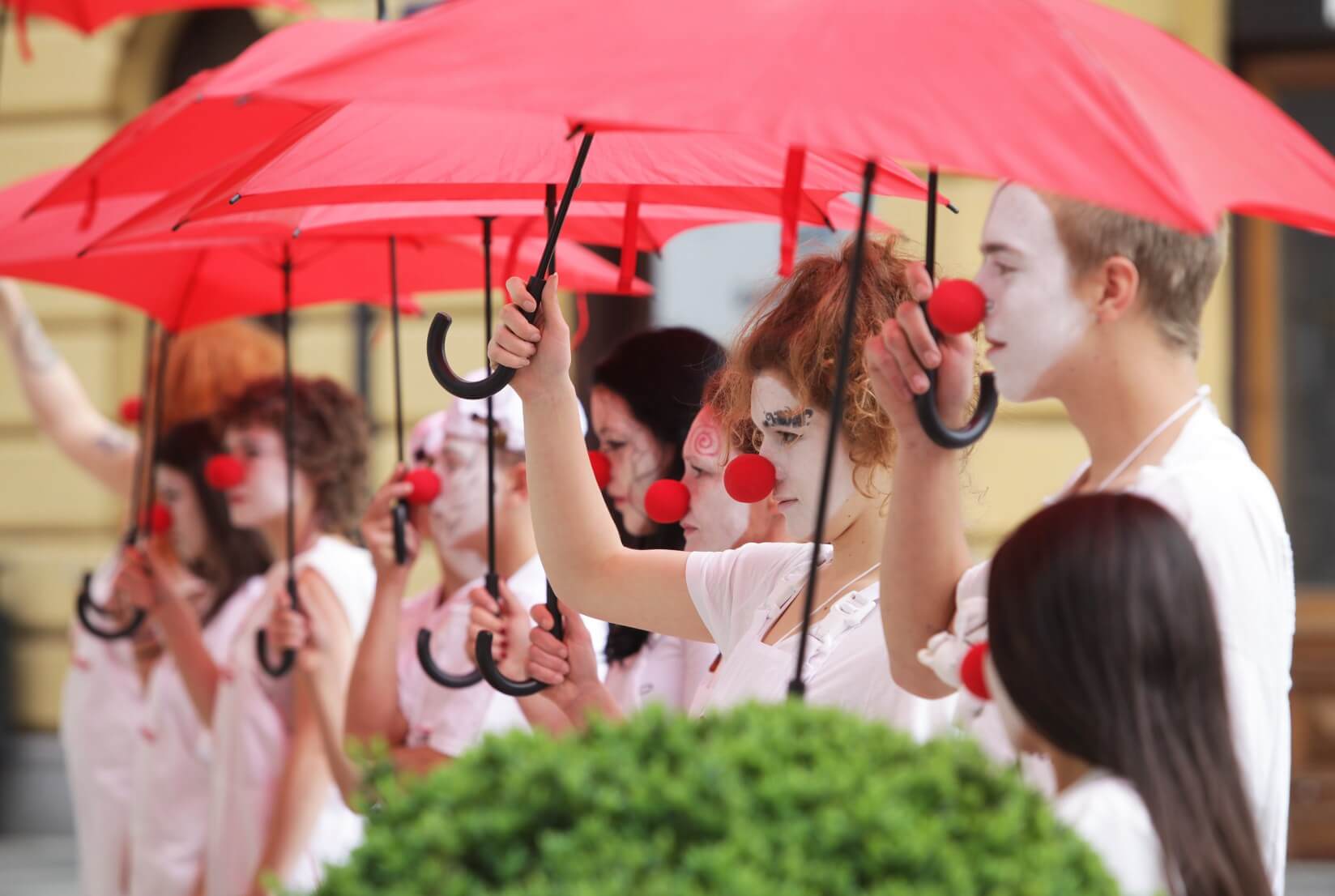 In the ongoing project “ Circus as a way of life” the second part was placed in Varazdin, Croatia, from 15-24 April.
The project aim was to learn to the youth: pantomimes, acting, and how to express different feelings and emotions through mimics.

The training was held inside the facilities of the hotel, were all the participants from Balkan were accommodated there. The training began at 9:00 a.m and finished at 2:00 p.m, with two breaks of 15 minutes. The training was conducted by two greek professional trainers., members of the group “Helix Street Theatre”, Katerina Vardakastani and Tatou Angeliki Dede. All the materials were brought by the project organizers.
At the end of the first part of the training, which lasted for 5 days, took place a performance called “Angels” dedicated to the feast of Easter, by conveying the message: “ To give love, through smiles, hugs, and congratulations written in notes”. All the performers were wearing clothes as angels- clowns, in order to fit with the atmosphere of Easter.
At the end of the second part of the training took part a final performance at the center of the city, which has even three other mini performances that preceded the performance that the children were preparing for 5 days.
• The first mini performance was related with acrobatics, joggling.
• The second with guitars and dancing
• The third, the last but not the least was the Parade.
• The final performance lasted 45 minutes.
During the two parts of the training were assigned different duties that were related with what the children were learning there, and they showed their creative capacities without the help of the trainers.
1. Repeating scenes ( it was only a pantomime, where the abilities of the group were demonstrated in order to show different feelings like laughing, crying, clumsiness, agility)
2. It was the first duty assigned to the group, they should prepare within 15 minutes a comic situation with pantomime, with the topic “ The difficulties to paint in the beach”- comedy.
3. Mini performances, joggling, dance, acrobatics.
The group from Albania realized three performances which were presented in 15 minutes.
Group benefits:
• We improve the knowledge and the skills about circus ( pantomime)
• We gain experience to confront the audience and the stage, and the emotions being in a foreign country.
This experience will help this young children in their street art activities in Albania.